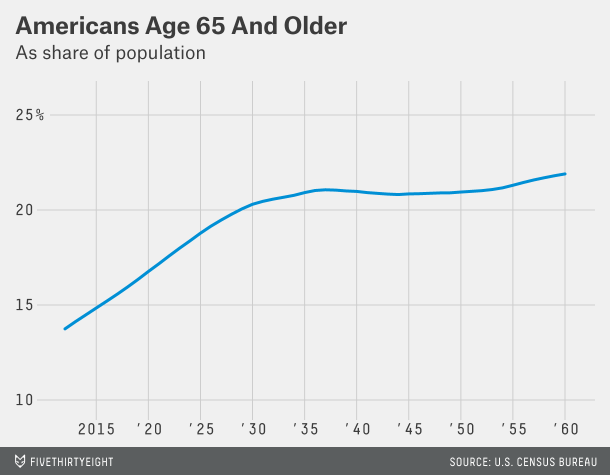 What Baby Boomers' Retirement Means For the U.S. Economy

By BEN CASSELMAN, from fivethirtyeight.com.

For decades, the retirement of the baby boom generation has been a looming economic threat. Now, it’s no longer looming — it’s here. Every month, more than a quarter-million Americans turn 65. That’s a trend with profound economic consequences. Simply put, retirees don’t contribute as much to the economy as workers do. They don’t produce anything, at least directly. They don’t spend as much on average. And they’re much more likely to depend on others — the government or their own children, most often — than to support themselves.