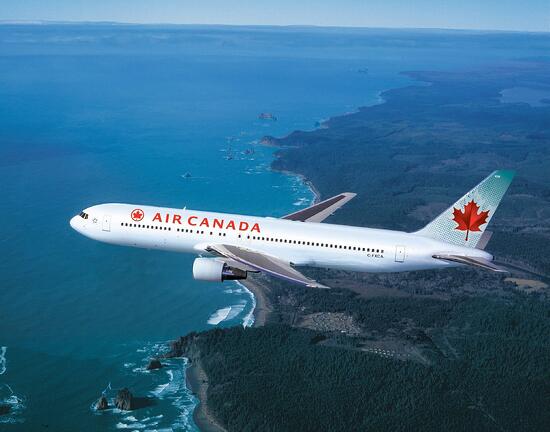 Air Canada was one of the most successful airlines on the planet. They had no problems with their visibility or branding in the market. What they did have was a program called Web Savers that had been running for years. Customers who signed up received a weekly email, informing them of the best sales for unsold seats. The customers were receiving amazing deals and Air Canada was selling tickets that would otherwise have been left unsold. It was a great success and, as it turned out, the Web Savers were among Air Canada’s most loyal and profitable customers. As a result, Air Canada came to N5R and asked us to help them increase the size of their Web Savers database. There was, of course, a catch. Air Canada did not want to advertise for the Web Savers program and there would be no marketing budget given to this project.

Our hands were tied without an advertising budget, so had to get creative. After a lot of brainstorming we decided to run a simple contest with a twist. With St Patrick’s Day around the corner, we managed to convince Air Canada to give us some trips to Ireland for a walking tour. It wasn’t much, but it would be our contest prize.

We knew from the success of the program that Web Savers were actively reading their weekly email, so we used those emails to send out our message. For two weeks leading up to the contest we teased customers by informing them that would have an exclusive chance to win an amazing prize for our St Patrick’s Day Giveaway.

After two weeks of teaser communications, we began the contest. Every customer on the Web Savers email list was sent a digital scratch and win in their email. It engaged customers by allowing them to use their mouse and literally scratch, with the cursor, to find out if they had won a trip to Ireland. The twist was that contestant who didn’t win were given a message. It explained that they had not won on this ticket, but if they referred a friend to the Web Savers program they would be sent another scratch card and another chance to win.

Without spending a single dollar on advertising or marketing we managed to turn this campaign into an enormous success. The Web Saver customers loved the engagement of the digital scratch and win cards and couldn’t wait to get another chance to win. We blew out two servers with the amount of web traffic that the contest drew and in one week we had grown the Web Savers database – a database that Air Canada had been growing for years - by 30%. On top of that, the majority of customers had selectively referred their friends. They had sent us customers that they knew would be interested in the Web Saver program, allowing the database to grow in the most effective way possible.

Don’t discount the value of a referral. Leads that have been referred to you by past customers or prospects can often become your most qualified prospects. Give your customers the proper incentive and they will provide you with prospects that they know will be interested in your product or service.

If you want to learn more marketing strategies to increase your sales, apply to our exclusive one-day Condo Mastery seminar.

Watch the video below to hear about Condo Mastery directly from world-renowned condo and sales and marketing expert, Roman Bodnarchuk, and click APPLY NOW to learn if you qualify.