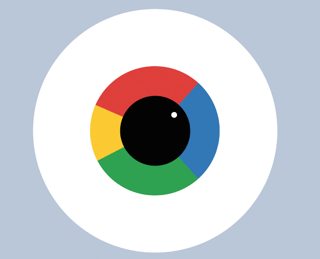 Google’s decision to reorganize itself around A.I. was the first major manifestation of what has become an industrywide machine-learning delirium. Over the past four years, six companies in particular — Google, Facebook, Apple, Amazon, Microsoft and the Chinese firm Baidu — have touched off an arms race for A.I. talent, particularly within universities. Corporate promises of resources and freedom have thinned out top academic departments. It has become widely known in Silicon Valley that Mark Zuckerberg, chief executive of Facebook, personally oversees, with phone calls and video-chat blandishments, his company’s overtures to the most desirable graduate students. Starting salaries of seven figures are not unheard-of. Attendance at the field’s most important academic conference has nearly quadrupled. What is at stake is not just one more piecemeal innovation but control over what very well could represent an entirely new computational platform: pervasive, ambient artificial intelligence.

What is at stake is not just one more piecemeal innovation but control over what very well could represent an entirely new computational platform.

The phrase “artificial intelligence” is invoked as if its meaning were self-evident, but it has always been a source of confusion and controversy. Imagine if you went back to the 1970s, stopped someone on the street, pulled out a smartphone and showed her Google Maps. Once you managed to convince her you weren’t some oddly dressed wizard, and that what you withdrew from your pocket wasn’t a black-arts amulet but merely a tiny computer more powerful than that the one that guided Apollo missions, Google Maps would almost certainly seem to her a persuasive example of “artificial intelligence.” In a very real sense, it is. It can do things any map-literate human can manage, like get you from your hotel to the airport — though it can do so much more quickly and reliably. It can also do things that humans simply and obviously cannot: It can evaluate the traffic, plan the best route and reorient itself when you take the wrong exit.

Practically nobody today, however, would bestow upon Google Maps the honorific “A.I.,” so sentimental and sparing are we in our use of the word “intelligence.” Artificial intelligence, we believe, must be something that distinguishes HAL from whatever it is a loom or wheelbarrow can do. The minute we can automate a task, we downgrade the relevant skill involved to one of mere mechanism. Today Google Maps seems, in the pejorative sense of the term, robotic: It simply accepts an explicit demand (the need to get from one place to another) and tries to satisfy that demand as efficiently as possible. The goal posts for “artificial intelligence” are thus constantly receding.

When he has an opportunity to make careful distinctions, Pichai differentiates between the current applications of A.I. and the ultimate goal of “artificial general intelligence.” Artificial general intelligence will not involve dutiful adherence to explicit instructions, but instead will demonstrate a facility with the implicit, the interpretive. It will be a general tool, designed for general purposes in a general context. Pichai believes his company’s future depends on something like this. Imagine if you could tell Google Maps, “I’d like to go to the airport, but I need to stop off on the way to buy a present for my nephew.” A more generally intelligent version of that service — a ubiquitous assistant, of the sort that Scarlett Johansson memorably disembodied three years ago in the Spike Jonze film “Her”— would know all sorts of things that, say, a close friend or an earnest intern might know: your nephew’s age, and how much you ordinarily like to spend on gifts for children, and where to find an open store. But a truly intelligent Maps could also conceivably know all sorts of things a close friend wouldn’t, like what has only recently come into fashion among preschoolers in your nephew’s school — or more important, what its users actually want. If an intelligent machine were able to discern some intricate if murky regularity in data about what we have done in the past, it might be able to extrapolate about our subsequent desires, even if we don’t entirely know them ourselves.

The new wave of A.I.-enhanced assistants — Apple’s Siri, Facebook’s M, Amazon’s Echo — are all creatures of machine learning, built with similar intentions. The corporate dreams for machine learning, however, aren’t exhausted by the goal of consumer clairvoyance. A medical-imaging subsidiary of Samsung announced this year that its new ultrasound devices could detect breast cancer. Management consultants are falling all over themselves to prep executives for the widening industrial applications of computers that program themselves. DeepMind, a 2014 Google acquisition, defeated the reigning human grandmaster of the ancient board game Go, despite predictions that such an achievement would take another 10 years.

In a famous 1950 essay, Alan Turing proposed a test for an artificial general intelligence: a computer that could, over the course of five minutes of text exchange, successfully deceive a real human interlocutor. Once a machine can translate fluently between two natural languages, the foundation has been laid for a machine that might one day “understand” human language well enough to engage in plausible conversation. Google Brain’s members, who pushed and helped oversee the Translate project, believe that such a machine would be on its way to serving as a generally intelligent all-encompassing personal digital assistant.

What follows here is the story of how a team of Google researchers and engineers — at first one or two, then three or four, and finally more than a hundred — made considerable progress in that direction. It’s an uncommon story in many ways, not least of all because it defies many of the Silicon Valley stereotypes we’ve grown accustomed to. It does not feature people who think that everything will be unrecognizably different tomorrow or the next day because of some restless tinkerer in his garage. It is neither a story about people who think technology will solve all our problems nor one about people who think technology is ineluctably bound to create apocalyptic new ones. It is not about disruption, at least not in the way that word tends to be used.

It is, in fact, three overlapping stories that converge in Google Translate’s successful metamorphosis to A.I. — a technical story, an institutional story and a story about the evolution of ideas. The technical story is about one team on one product at one company, and the process by which they refined, tested and introduced a brand-new version of an old product in only about a quarter of the time anyone, themselves included, might reasonably have expected. The institutional story is about the employees of a small but influential artificial-intelligence group within that company, and the process by which their intuitive faith in some old, unproven and broadly unpalatable notions about computing upended every other company within a large radius. The story of ideas is about the cognitive scientists, psychologists and wayward engineers who long toiled in obscurity, and the process by which their ostensibly irrational convictions ultimately inspired a paradigm shift in our understanding not only of technology but also, in theory, of consciousness itself. 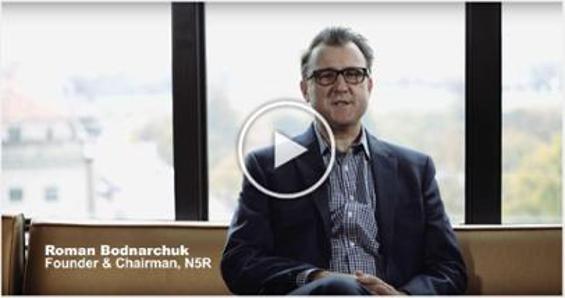