END_OF_DOCUMENT_TOKEN_TO_BE_REPLACED

The Little Things Matter When Selling to Clients

The Little Things Matter When Selling to Clients

The Ritz Carlton in the Cayman Islands was an incredibly expensive condo. The developer was very successful in the early days of development and I asked him how he was able to pre-sell half of this very costly building. He told me that it was the weirdest thing. He was on Seven Mile Beach in the Cayman Islands and he decided he would get up really early to create small hut and stand in it. There was nothing more to it. When anyone that’s very affluent goes to the Cayman Islands, they always go to Seven Mile Beach. It’s the best beach. Many would get up early to go for walks and they would watch him for a couple of days. By the third or fourth day they’d come and ask him, “Why are you standing in this hut?” and he would tell them, “Well, I’m building this hotel behind us. It’s going to be the Ritz Carlton. The most exclusive hotel in the world.” He pre-sold half of a $650 million project in a hut by himself because, once he had their attention, inevitably people were interested.

END_OF_DOCUMENT_TOKEN_TO_BE_REPLACED 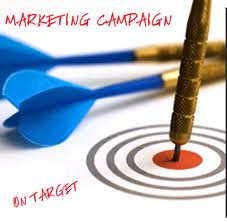 Condo project sales ads are usually the same old boring thing. If you don't know what I mean, flip through a newspaper and look for the ads that seem the most average of the bunch. You will see diagrams, technical renderings, floor plans and numbers, things which might excite an architect but not anybody else. I will tell you who else that appeals to: condo developers whose projects these are. They want a beautiful representation of their project, viewed from an angle that people living there will not usually get to enjoy anyway. This kind of ad misses the mark. What would be on target?