Taking a page out of the Twitter playbook, today Facebook revealed its launch of "Interest Lists," strikingly similar to Twitter Lists, which have been around since October of 2009. According to TechCrunch, Facebook will be rolling out Interest Lists to users over the next few weeks.

END_OF_DOCUMENT_TOKEN_TO_BE_REPLACED

Inbound marketers of the world, today was a good day. Upon logging into your Facebook business page, you may have noticed a little box pop up that read, "Introducing New Insights for Pages." (This is the point where you realized today was a good day.) The revamped insights feature comes fully loaded with metrics that are truly insightful and can help you super-charge your Facebook marketing. Here's how.

END_OF_DOCUMENT_TOKEN_TO_BE_REPLACED

Find out ways on how to overpass the main wrong ideas about social media to understand how you should use and adapted to your business to the social media.

END_OF_DOCUMENT_TOKEN_TO_BE_REPLACED 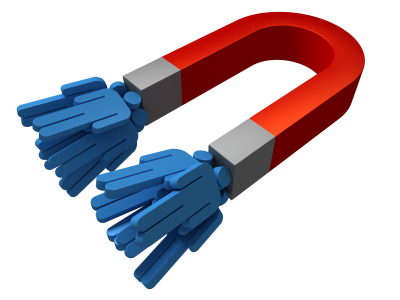 How to attract readers and keep them as followers

Here are 7 easy steps to catch the attention of readers and keep in touch with them, to increase your visibility and credibility on social media.

END_OF_DOCUMENT_TOKEN_TO_BE_REPLACED 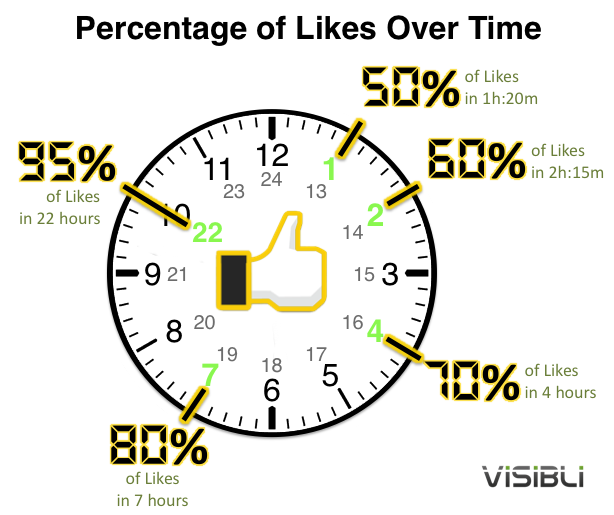 END_OF_DOCUMENT_TOKEN_TO_BE_REPLACED

Blog vs. Facebook – Which Should Be Your Social Media Hub?

A reader made a very astute observation on one of my earlier blog posts about the hub and spoke approach to leveraging social media.  It caused me to pause and take a second look at the diagram that I originally developed and presented for REBarCampTO back in May 2010. Upon reflection it is time for it to get updated.

END_OF_DOCUMENT_TOKEN_TO_BE_REPLACED

Goldman Offering Clients a Chance to Invest in Facebook

Goldman Sachs has reached out to its wealthy private clients, offering them a chance to invest in Facebook, the hot social networking giant that is considering a possible public offering in 2012, according to people familiar with the matter.

On Sunday night, a number of Goldman clients received an email from their Goldman broker, offering them the opportunity to invest in an unnamed “private company that is considering a transaction to raise additional capital.” Another person briefed on the deal said that Goldman clients would have to pony up a minimum of $2 million to invest and would be prohibited from selling their shares until 2013.

Facebook has raised $500 million from Goldman Sachs and a Russian investor in a transaction that values the company at $50 billion, according to people involved in the transaction. As part of its deal with Facebook, Goldman is expected to raise as much as $1.5 billion from investors for Facebook.

The email sent to Goldman clients warns that recipients who trade in secondary markets where private firms like Facebook trade may want to steer clear of participating because if they opt in they may receive material non-public information on the unnamed company that will restrict future trading.

The email said that even clients who receive the non-public information and decide not to invest would have to wait at least six months and possibly longer before they would be able to trade Facebook shares in the secondary market.

These restrictions are lifted if Facebook goes public in the interim.

Even though Facebook is not a public company it trades on secondary markets. The sellers in these markets are typically former employees of companies like Facebook and investors looking to unload their stakes. The buyers are mostly wealthy speculators looking to snag a piece of the next Apple or Google before the rest of the investing public can.

Goldman clients who opt to receive more information will receive a private placement memorandum from Goldman in the coming days. That document will confirm the company involved is Facebook, and give other more detailed information about the investment.

END_OF_DOCUMENT_TOKEN_TO_BE_REPLACED 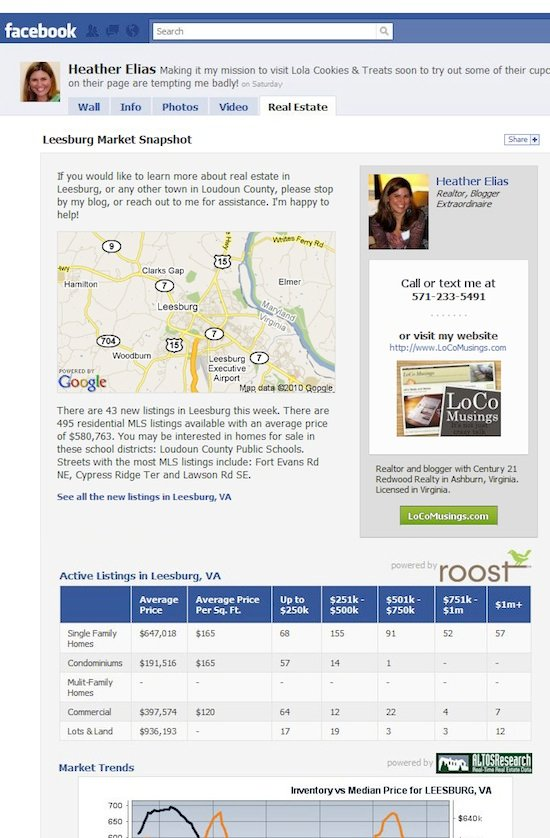 With more small, local businesses using social media to establish an online presence, real estate agents and brokers are no exception, which is why Roost.com is now helping them instantly customize their Facebook Page. The application, called “Social Real Estate”, gives viewers a snapshot of the agent’s listing market.