Find me on:
Facebook LinkedIn Twitter
Just where exactly do we start with events at Muskoka Wharf? There are plenty occurring every day over this beautiful summer period, to whittle it all down seems plain crazy! For example, tomorrow, a run of the mill Wednesday you could get down to the Farmers Market that takes place weekly in Gravenhurst. In fact there are famers markets happening daily until Monday next week. Is your stomach rumbling yet? 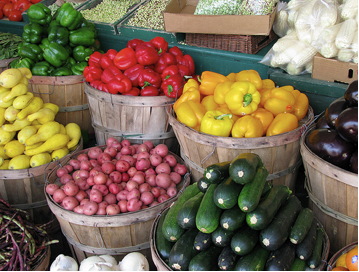 If you are partial to bright lights and good movies then the next event at Muskoka Wharf could tickle your fancy... Film North, Huntsville International Film Festival is a fantastic place for upcoming Canadian filmakers to showcase their material. This takes place from September 22-24 - just after the Toronto Film Festival so there are sure to be a few stars about, get your people-watching glasses at the ready!

Coming up later in September also at Muskoka Wharf is the Muskoka Bicycle Festival who celebrate everything and everyone bicycle! Here you will find lots of musical entertainment, bicycle rides and fitness information floating around - perfect after that long summer indulging at Muskoka Wharf!

Overall there is plenty to keep both you and your family entertained at Muskoka Wharf, the cottage life is destined for everyone. This million-dollar lifestyle is not out of reach in any way for you, contact us today to find out how you can get a free tour of the condos at Muskoka Wharf and grab one now at a snippet of the original price - 25% off!

Sign up for your FREE tour here or take a virtual tour!

Grab Yourself a Condo in the Gateway to Ontario's Recreational Region

Muskoka Wharf is the place to be right now, the gateway to Ontario's Recreational Region, what is destined to be the geographical and social center of the Lake Muskoka region so where are you? Grab yourself a two bedroom, 2 bathroom condo starting from only $268,800. This is a 'builder blowout' so once these properties are gone they are gone.

The Greavette is part of a 30 acre development at Muskoka Wharf which is located at Highway 169 and Gravenhurst. Situated only 90 minutes from Toronto overlooking Lake Muskoka, you get to experience that laid-back lifestyle that cottage country has to offer while at the same time you're never too far away from the city.

Situated only steps away from the waterfront this gives you a chance to really experience the leisure of life. Muskoka Wharf offers the slow pace style of life that you crave when living the city. Stroll along Lake Muskoka, potter around the farmers market after going for a bike ride around the country area. Really the decision is up to you - but the main thing is, you have a lot of choice! Gravenhurst is the gateway to Ontario's Recreational Center so why would you miss out on this opportunity - grab yourself a condo here while they are still available. Trust us they are selling like hotcakes, now with only four left!!!!

Book yourself a FREE TOUR here and discover the magic of Muskoka Wharf.

It is that giant elephant in the room that nobody wants to talk about - how bad do you want a place in cottage country to call your own? During the summer months people who own properties there never stop going on about it and those who don't, well they just dream of Lake Muskoka and all it has to offer. Which side are you on? 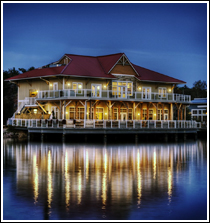 The time has come for you to join that club and fulfil that dream of owning a piece of lakefront real estate. Situated only 90 minutes from Toronto, Gravenhurst, the gateway to Muskoka gives you that coveted 'Muskoka experience' without the hassle. This is your opportunity to actually participate in 'cottage time' and soak up that lifestyle.

Does the idea of cleaning and maintenance fees put you off buying a cottage simply because of the hassle factor? What if there was an option to purchase a condo in a condo hotel which not only takes the maintenance weight off your shoulders' but also offers you the choice to show up at Muskoka Wharf and begin your vacation the minute you get there - the way every vacation should be!

What does condo ownership entail? Basically what it means is that you are buying a suite at a hotel, therefore your room is clean when you get there, the hotel staff are your staff and your breakfast is made when you wake in the mornings - doesn't this sound like paradise! Owning a condo at Muskoka Wharf also gives you the added benefit of building up some extra income during the down time when your not using the property, a perfect way to build up some more finances. These condos in this desirable cottage destination are selling like hotcakes so our advice? Get in there stat.

Don't let yourself miss out on this luxurious cottage experience in Gravenhurst on the southeastern bay of Lake Muskoka.

Take a boat ride on North America's famous steam ship the RMS Segwun and breath it all in. Cottage time is here.

Find me on:
Facebook LinkedIn Twitter
We felt lazy and relaxed. How could you not? The breezes are balmy, the living is laidback, and everything revolves around the sparkling water. And yet there is an unmistakable energy here, a vibrancy that says Gravenhurst’s Muskoka Wharf is the place to be. 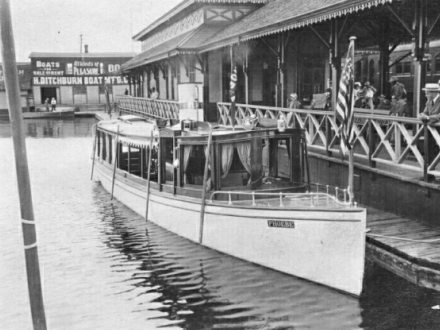 Gravenhurst’s fortunes have always been linked to its waterfront. The history of Gravenhurst and its wharf march in lock step, developments in one having always affected the other. As went the Muskoka Wharf, so went Gravenhurst.

In the very beginning, the wharves built by James McCabe along the shores of Muskoka Bay served as stepping-off points into the wilds of Muskoka. Businesses in the form of hotels, taverns, stores and shipping interests began to cater to this slow but steady trickle of homesteaders, and consequently Gravenhurst developed along the shores of Lake Muskoka. It should therefore come as little surprise that Gravenhurst was originally known as McCabe’s Landings.

Activity along the Wharf reached a fevered pitch once the railway reached Gravenhurst in August 1875. On September 28, the first railway hissed and steamed its way into town. Two months later, a spur line down to the lakeshore was built.

It was this time that Muskoka Wharf truly was born. The southestern shoreline of Muskoka Bay was artificially extended with massive cribwork and fill to form a true wharf within the sheltered inlet.

After the railway was introduced, the wharf was a bon to industry and settlement in the region. Hundredes if not thousands, of settlers passes through every year for almost two decades, and were joined by an equal number of summr tourists.

Muskoka Wharf remained a hive of activity and industry until the dawn of the automobile in the 1930s, driving trains, steamships and the wharf to the edge of extinction. One by one, trains to Gravenhurst were cancelled and ships were retired from service.

It was inevitable that Gravenhurst would feel the loss, and not just on a sentimental level. The wharf had brought prosperity, luring thousands of tourists even in the waning years of the steamship era. In time Gravenhurst recovered, but it was never the same.

Unitl now, that it. In the last decade, an 89-acre development featuring boutique shops, restaurants, playgrounds and sporting fields, and lakeside boardwalks has restored a luster to Muskoka Wharf not seen since the days when Gravenhurst was known as the Gateway to Muskoka.

The development has transformed a moribund waterfront into perhaps the coolest spot in Muskoka. At one point in the past Gravenhurst was the heart f the region. Its pulse slowed for a while with the demise of the lumber industry and the decline of the steamships, but now the beat is most definitely back.

This story is a collection from the original article written by Andrew Hind and Maria Da Silva.

For a full copy of the story read Andrew Hind and Maria Da Silva’s article on page six of Sideroads of Muskoka – Summer 2011.
0 Comments Click here to read/write comments

Discover The Residence at Muskoka Wharf, Gravenhurst, a unique Muskoka, Ontario hotel. While searching for Muskoka hotels in Gravenhurst Ontario, you'll be delighted to find this hotel situated on the shores of beautiful Lake Muskoka, and located just 90 minutes north of Toronto.


Our Muskoka hotel in Gravenhurst offers complimentary breakfast, high-speed Internet access and is pet friendly. Stroll down the Wharf's boardwalk and dine at Regatta Steak & Seafood Grille or Boston Pizza.

All attractions are just minutes from our Muskoka hotel in Gravenhurst Ontario.

Experience the Residence at Muskoka Wharf hotel and see why we strive to be the number one choice when choosing hotels in Gravenhurst Muskoka for your vacation, business trip or corporate retreat.

Find me on:
Facebook LinkedIn Twitter
Art in the Heart is happening Saturdays and Sundays in downtown Bracebridge, Muskoka! Discover emerging artists in the public spaces and alleyways of Bracebridge’s historic downtown.

Art in the Heart was launched in 2008 as a two-weekend pilot with 15 artists. In 2009 its participants jumped to 21 artists who displayed their works over six weekends with the program growing even more in 2010 to include 23 artists.
Participants in the program receive business training as well as the opportunity to showcase and sell their work in the alleyways and public spaces along Manitoba Street in Bracebridge. 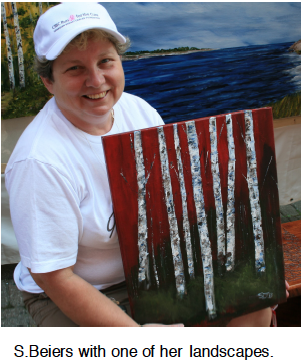 The training modules in Art in the Heart teach the artists to be ‘street wise’ for their Art in the Heart experience, including tips on operating a business, booth displays, marketing, insurance and customer service.

For many artists, Art in the Heart is their first experience talking about their work to people other than family or friends. “I am very pleased to talk about my jewellery-making process,” responds Chantale DuBois, “and the reason I choose to work with copper. It is a warm metal so that when you put it on, in only a few moments it absorbs body heat and doesn’t feel like you are wearing jewellery at all.

”In addition to offering an opportunity for new artists, another the goal of the partners, Town of Bracebridge, Muskoka Small Business Centre and Muskoka Arts and Crafts, is to create a new static attraction for Bracebridge, Muskoka where visitors are encouraged to come downtown to check out the changing artist line-up every weekend. More information on the Art in the Heart program is available at www.artintheheartbracebridge.com 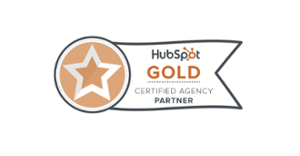